I've started to work on the final scene set-ups for the trailer. Here's a snapshot of the colour and mood for the opening shot on the battlefield that November morning in Cambrai. I'll add a little more light to the final shot - but not much more.

The shape in the foreground is a British MarkIV tank that's just passed underneath the camera on it's slow, lumbering way to battle. The large shape on top is a fascine - a massive bundle of logs which will be dropped into the German trenches to enable the tanks and men to cross them. 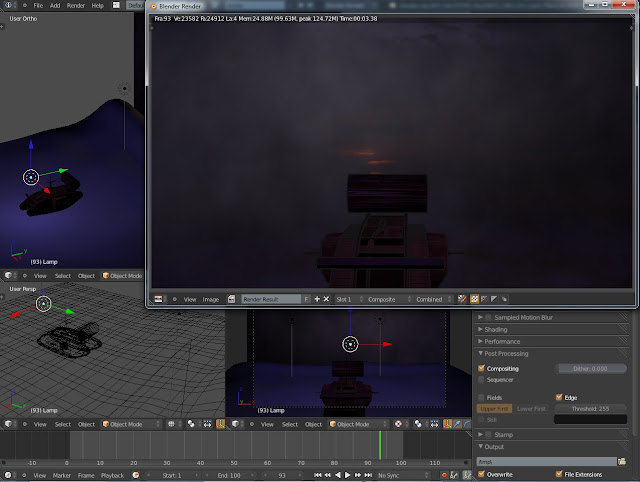